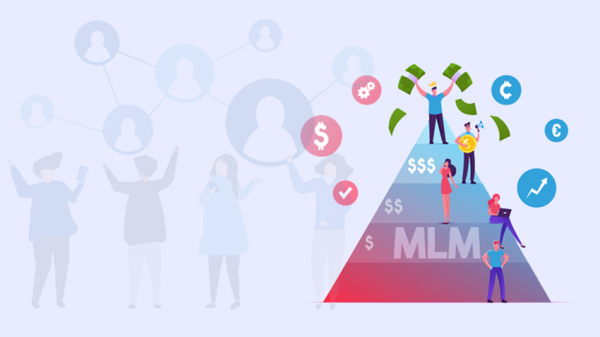 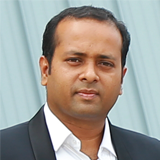 Have you ever been approached by someone in your neighbourhood or social media group about joining their multi-level marketing (MLM) business? Or, maybe you’ve been emailing spam from someone who insists that you can make a fortune through their pyramid scheme. What’s the difference? Is one better than the other? How does MLM vs Pyramid Scheme stack up?

In this blog post, we clear up any confusion and explain the key differences between MLMs and Pyramid schemes. So, read on to learn more!

What is Multilevel Marketing?

Multi-Level Marketing (MLM) is a business model certain companies deploy to encourage existing distributors to draft in new sellers. A percentage of the sales generated by their recruits is paid to the existing sellers. The recruits are called the existing seller’s “downline.” And the seller is the recruit’s upline.

Sellers also gain revenue through the sales of merchandise to customers. Amway, the company that sells health, beauty, and home care products, is an example of a popular MLM company that practices the multilevel marketing approach.

How does MLM work?

There are several levels of distributors in multi-level marketing. These distributors are independent and non-salaried associates. There are two ways of revenue for a distributor. Number one is the commission of selling products to consumers directly. The second means of income is through enlisting new sellers.

A seller is not compensated for the joining of a new member. But, they receive a percentage of profit from the sales conducted by their downline distributors.

Distributors with large numbers of downline members do not even need to sell their products. They can earn ample revenue from the sales of their downline members themselves. This chance of earning passive income drives existing sellers to expand their downlines. This enables the companies to engage a more abundant salesforce, and thus, open a path to a wider customer base.

What is a Pyramid Scheme?

A pyramid scheme is a fraudulent business model, where a few high-level members recruit new members and no actual products are sold. These recruited members should pay an initial fee to those who enrolled them. As newer associates in turn recruit downlines of their own, a percentage of their payments are also passed on to the upline.

They are known as pyramid schemes because they resemble a pyramid structure, starting with a single user on top, which then grows wider towards the base.

Here is an example of a pyramid scheme. The one who starts it, John sits alone at the top of the pyramid. Assume John recruits 10 people to the level just below him, where every new member has to pay John just for joining. Not only do those entry fees go straight into John’s pocket, but each of the 10 new members must then draft in 10 recruits on their own.

These third-tier members pay entry fees to the second-tier recruiters, who must pay a share of their earnings back up to John.

Those who get into pyramid schemes may taste success at first. Eventually, the number of new members tends to diminish, and the revenue stops. And when the pyramid scheme inevitably shuts down, top-level members walk away with huge amounts, while most lower-level members end up losing money.

A scheme launched by a non-viable organization without any actual products can often be a scam. They usually collect payment from customers without really delivering any products or services. This ultimately fails, incurs financial losses, and can damage your reputation.

You must make sure that any network you join must offer quality products and services at realistic prices to avoid being scammed by such MLM pyramid scheme companies.

When comparing multi-level marketing vs pyramid schemes, the prior business strategy is legitimate and enables a company to present its product or service to the customer directly. This method helps in the self-promotion of their products with the support of organized suppliers by paying them a small proportion as a reward for marketing rather than engaging the media or press for promotion.

How the product gets to a buyer is the multi-level marketing strategy’s key selling point. A distributor can expand their network by recruiting another distributor. Additionally, the distributor receives a tiny cut of the revenues from the sales of the new members they bring to the network.

If we take a look at the case of network marketing vs pyramid schemes, money is charged in the latter for just enlisting into the network, and no real products or services are sold. Solely some members, who are initial members of the scheme make money. And once no new members are recruited, the scheme fails and most of the members, except the highest positioned ones, lose their money.

The United State Securities and Exchange Commission states, “The hallmark of these schemes is the promise of sky-high returns in a short period for doing nothing other than handing over your money and getting others to do the same. The fraudsters behind a pyramid scheme may go to great lengths to make the program look like a legitimate multilevel marketing program. But despite their claims to have legitimate products or services to sell, these fraudsters simply use money coming in from new recruits to pay off early stage investors.”

A variation of the Matrix compensation plan is also implemented by pyramid schemes. Here, prospects are required to pay for a product in advance and wait in a queue to become a member of the network. When the recruited members further recruit more people, they receive overpriced or mostly useless products. The whole scheme falls when no more people are willing to pay and join the network.

MLM vs Pyramid Scheme. So, what’s the difference? In a nutshell, an MLM is a legitimate business model that allows people to sell products and services through a network of independent distributors. A pyramid scheme, on the other hand, is an illegal scam in which participants are promised payments or rewards for recruiting others into the program.

To find out if a business opportunity is an MLM or a pyramid scheme, do your research and ask lots of questions before signing up. And keep in mind, if something appears too good to be true, it most likely is!

Unhappy with the Success of your MLM Business? Try Reliable MLM Software

Top 10 Tips To Crowdfund For a Business

Use of E-wallet Or E-Money in MLM Software